Actually, Sumo is called sumo because it is like Japanese sumo. You have to push your opponents out of the ring.

Concord wrote:sinewav, you have long called sumo luck. would you extend this claim to 1v1 as well?

I have always said that 1v1 is the best and only true measure of sumo skill because it reduces the luck factor. I believe this was part of the reason Flex invested his time in 1v1 Sumo way back when. He knew as I knew in 1v1, you don't get random kill points and rip kills just from driving around minding your own business.

The two ideas I have about improving 1v1 sumo, as a game not as a culture, have already been mentioned. The first is a slightly smaller zone that shrinks faster. Think about Flower Power Sumo and those small zone battles before the middle battle. They are intense right away. 1v1 zones don't need to be that intense however. The speed of the zone shrink should be dependent on how long a round should last. In my opinion, 1v1 rounds should be short, between one and two minutes. There should be just enough time to set up and get started and maybe for one or two good attacks/reverses. Keep the matches short too, under 10 minutes if possible. This way you can rotate spectators in quickly and keep the game fresh.

The other suggestion is rotating spawn points (Like AoT UNIVERSE!). I don't think you need to get crazy with the zones, but 3-4 different spawn setups might liven things up a bit.

I vote spawn 2. It really could make people jump on each other from start. But reduce the zone as well. Zone is too big at start.

agreed. I have heard the smaller, faster zone idea from five or six people now. I like the center spawn too. let's test it. The Phoenix server will have something to test soon

ok, it has something

spawns are back to back, wild west duel style (sine's 2nd pic)
Top

gotten some good reviews so far. some changes so far.

give it a try.
Top 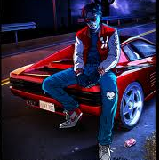 making the zone smaller or faster seems pretty absurd to me. The thing I like most about 1v1 is the strategy and positioning, also anticipating what your opponent is going to do next. By making the zones smaller and shrink quicker you are essentially making the rounds shorter, and all the emphasis goes on grabbing that initial zone in the first 2-3 seconds of the round. Where if u by chance end up with the smaller zone, making a comeback will be practically impossible.
By shrinking and shortening the zone you might as well throw the strategy aspect of 1v1 sumo out the window. This will kill the game for me.
-Just another fortress nerd.
Top

Why not just have a static zone that never shrinks, but is rather small? Eventually you have to make a move and dump or force out your opponent.
Armagetron MERCH
adventuresoftron.com
Top

Why not leave 1v1 sumo the way it was and just have more tournaments!!!! maybe a smaller zone too.. but nothing to drastically different
Top

sinewav wrote:Why not just have a static zone that never shrinks, but is rather small? Eventually you have to make a move and dump or force out your opponent.

Fortress Tactics, I like it. Though I'd think those rounds could go on for very long if neither one is willing to make a move given a static size.


Keeping the zones right on top of each other is for the best, it's what makes sumo, well, sumo.


I might play around with the tail length, that could yield some interesting things

Ah, static sumo sounds like the most promising prospect. Like Cookie said however, rounds could potentially go on indefinitely, especially if the two players are reasonable adept at camping. With that being said, maybe this is where a deathzone in sumo could be useful.
OhaiDurr
_~R~_ogue Tronners I really like Concord's new settings. You guys should try them out they're really fun

I like the idea of rotating spawn points. Particularly if they also give each an advantage in turn (like the tennis idea someone mentioned).
Top

Cyclo was talking about a sumo mode where you start with 30 rubber each but it doesn't regenerate. Might be cool for 1v1
Top

static rubber has been tried before. lag becomes a huge problem. also that's not what rubber is for.

static zone size becomes a "who has fewer things to do today and can sit here" game.

try the new spawns and tell me what you think

as ben harper says, "before you knock it try it first"
Top
Post Reply
62 posts