ReDamnnnSon/%: 2
Phoenix:0
Redemption has a combination of veterans and newer players to fortress. Should be enough to handle a Phoenix team. They may sneak in a match though.

Speeders: 1
Crazy Tronners: 2
A nice classic matchup. CT has been more active from what I have seen and has been doing better than Speeders lately. It will be close though.

uNk: 2
Speedhax: 1
Will be another close match. Unk I think will get it because of the very active brotherly pair of mr and vein.

Revolver: 2
Crazy Tronners: 1
Revolver wants a seed again. I think they should be able to get it, however, not without a fight from CT.

MeetYourMaker: 2
RoadRunnerZ:1
mYm gets another easy road to a seed. Rz will put up a fight though.

Unk: 1
Redemption: 2
Unk will be all warmed up from there match against speeders. Redemption will be coming out without a warm-up. I think unk will steal the first match and Redemption will come back with two straight match wins to take it.

Rogue Tronners:2
Revolver: 1
This will be a great great match. Rogue Tronners has been completely on fire lately though.

MeetYourMaker: 0
Redemption: 2
mYm won't be able to handle a more skilled team and one that has been playing together longer.

Redemption won't be a full strength without Eckz and won't be as warmed up as Rogue will be. Could go either way, but I'm giving this one to Rogue. If Redemption gets good fights out of their opponents earlier and Eckz shows up it could be entirely different.
Redemption Clan Forums
Top

Revolver: 2
jedi: 0
Not really much to say here, matches should be a landslide.


Crazy Tronners: 2
Speeders: 0
Speeders is a strong team, but are too inactive to beat CT.

uNk: 2
SpeedhAx: 1
The teams are pretty even, both with strong, inactive players. The match could go either way, really. Should be a good one.

Rogue Tronners: 2
ReDamnnnSon: 0
RD's Second team just doesn't have the skill to compete with Rogue. Should be a rather quick match.

Revolver: 2
Crazy Tronners: 1
A pretty even match, I think Revo is overall more skilled but it really could go either way.

RoadRunnerZ: 2
\\MeetYourMaker: 1
RZ has proved it can compete, and I think it has the skill to beat mYm this ladle.

Redemption/%: 2
uNk: 1
Both teams have skilled players, but with Redemption being the far more active team, I think they should be able to take uNk.

Rogue Tronners: 2
Revolver: 1
Going to be an exciting match that on another day could be a finals match. Going to be long rounds, but overall I think Rogue will overtake Revo.

Redemption/%: 2
RoadRunnerZ: 1
Redemption is more experienced, bur rZ has a habit of sneaking in a match against pro teams.

Rogue Tronners: 2
Redemption: 0
Looks like these two teams meet yet again for the ladle victory. Rogue should be able to have this match fairly easily, as they beat Redemption last ladle fairly easily with the exception of a shocking comeback match from Redemption.
I didn't choose the thug life, thug life chose me - Abraham Lincoln
Top

Two things to say here, Brok and Wolf, be careful about SP, they are making practices every sunday and they are not inactive. And Wolf, dont think last ladle final was "easy"

At least both of you didn't just post results. Not as much fun to read as anything Concord and Durka wrote though (see discussion in the Ladle 48 predictions' topic)
Top

SP not active? We have weekly training with at least 10 people showing up <_<

AI-team wrote:SP not active? We have weekly training with at least 10 people showing up <_<

AI seriously back off XD

I said more active from what I have seen. I never even said SP was inactive.

It's not my fault I see Acid every single time I look at a server browser.
Redemption Clan Forums
Top

Flow wrote: It's not my fault I see Acid every single time I look at a server browser.


It's true... i'm a tron ninja. Though I can only play about ten minutes at a time due to being busy, I play a lot of 10 minute sessions 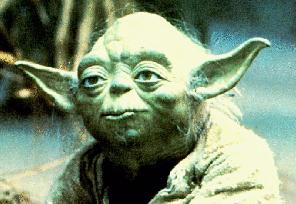 Some random predictions. I would rather do text based "power"rankings... but thats more the idea of Concord and my english sucks xD

RD 2 vs. Phoenix: This seems a bit obvious. I would want to make this exciting, but it is not.
2:0

jedi vs. Revolver: Jedi has some known fortress players added. And they undoubtedly have the best defender on the entire planet with swiss. Unfortunately Revolver has quite the knowledge about how the hole-mechanics work in fortress.
0:2

Speeders vs. Crazy Tronners: After thinking about making 2 teams CT decided to only send 1 team to last ladle ever played. If we fall we are falling together

. B2T: Speeders split up their forces into 2 teams. Trying to balance their strength. Might work out... but most likely not.
1:2

RZ 2 vs RZ 1: A newly formed team is not going to stop their first team. Unfortunately their first round opponent is their practice partner too. RZ 1 has played lots of ladles together and made even some well established teams uncomfortable while playing against those.
0:2

uNk vs. Speedhax: Is uNk's A-Game enough to beat Speeders "second" team? Yes, I do believe so. uNk is getting back into the scene after falling a bit to inactivity. This ladle will start off with a victory over Speedhax.
2:0

Rogue Tronners vs. RD 2: The favourites on the title aint gonna be stopped by a second team. Do not know anything more to say about this.
2:0

Revolver vs. Crazy Tronners: I am honest. I am biased. This all depends on who shows up for Revolver. If they can bring their best team, this should be even closer, but as I said... I am biased.
1.49:2

MYM vs. RZ 1: Even tho this is not going to be an easy match for MYM they will win against RZ 1 eventually. Gaz will make some stupid mistakes as usual and will make it closer as it should have been.
2:0

uNk vs. RD: I honestly had to think very long about this. This will be probably even closer than Revolver vs. CT. I gave the edge to RD, because they are playing in an American server. Not that uNk is worse on an American server, but their defense aka House might suffer from weird bumps or slides while Soul on the other side is not being affected by lags that much. Would not be so crucial if it would be another position.
A defense dying randomly midround is deciding.
1:2

Rogue Tronners vs. Crazy Tronners: I am not saying that this could either way, but the server has a HUGE influence on the outcome here. Rogue won the last ladle. They want to win more. We cannot stop them here unfortunately.
2:1

MYM vs. RD 1: Gaz cannot carry THAT hard. MYM might revive the sweepbox again, but who knows

(Yes I used your template cronix

This seems a bit obvious. I would want to make this exciting, but it is not.

jedi vs. Revolver: Swiss needs to find the other half of his brain before they can beat Revolver.
0:2

Speeders vs. Crazy Tronners: This will be a great match, but CT will prevail. If I'm not mistaken, it seems as though SP has made two "equal" teams. This may hurt them in the long run

uNk vs. Speedhax: This speeders team is the stronger of the two SP teams, but I don't think it will have enough to overcome uNK.
2:1

Rogue Tronners vs. RD 2: Rd2 has too many inexperienced forters to beat the reigning champs.
2:0

Revolver vs. Crazy Tronners: Another tough one. Depending on who shows up will be the deciding factor, but I'll give it to Revolver.
2:1

MYM vs. RZ 1: This matchup will be extremely close. RZ has added Fipp and Wolf to their lineup while mym has lost 2/3 of their starting lineup. It could go either way depending on who lags more.
2:1

Rogue Tronners vs. Revolver: Rogue is still the team to beat, and I think they will win this fight. DGM has been on fire lately, and I'm not sure if Revolver's centers will be able to match him.
2:1

Gaz cannot carry THAT hard. MYM might revive the sweepbox again, but who knows

Cronix wrote:Gaz cannot carry THAT hard. MYM might revive the sweepbox again, but who knows

Do i sense sarcasm?
Top

Cronix wrote:Gaz cannot carry THAT hard. MYM might revive the sweepbox again, but who knows

Do i sense sarcasm?

Nah... not really if you mean

Cronix wrote:MYM might revive the sweepbox again, but who knows

is just a guess... since you guys will have a hard match against RD 1 on an EU server