Crazy Tronners vs. Speedhax (2-1): hax will give ct a run with vien and mr but ct will plow them.

Wild West vs. Elite Reborn (2-0): I can truly say Ww is a very respectable clan with personality and with their modesty.. with tons of skill. Two new teams to ladle but i give it to Ww.

Redemption vs. Team Unknown (1-2): Elmo thinks too hard about if he/she can dong slap slash at centre.. ends up that slash teaches him/her a lesson and takes the gold.

Speeders vs. Crazy Tronners (1-2): Owned really cracks down on acid and shoot up in the corner.. gives them the edge in this fight.

Wild West vs. Pure Luck (1-2): Damn Pure luck Has stacked players but vov is allergic to mac and cheese.

Team Unknown vs. Rogue Tronners (1-2): this is tough... I have to give the win to R based on the fact that uNk has been quit the past few ladles.

Crazy Tronners vs. RoadRunnerZ (2-0): RZ is good but not enough to compete with the manipulative voodoo.

Pure Luck vs. Rogue Tronners (1-2): Red made a scribble on vov and his light cycle went haywire!

Crazy Tronners vs. Rogue tronners (2-1): COuld go either way but i gotta give it to ct.

Congrats roadrunners for getting you're first ladle seed.....LOL
Top

Crazy Tronners vs. Speedhax (2-1): Should be a good warmup for ct, although speedhax will grab a match.

Wild West vs. Elite Reborn (2-1): eR is new to low rubber, and Ww's experience in sumo will push them over the edge.

Redemption vs. Team Unknown (2-1): Should be a good fight, but Rd comes out on top!

Speeders vs. Crazy Tronners (2-1): One of the best matches of the ladle. I think speeders momentum from last ladle will push them ahead.

Wild West vs. Pure Luck (0-2): After getting half of their members stolen, I think vov will go on a rage and kill them all.

Redemption vs. Rogue Tronners (2-1): Could go either way depending on who shows up to each team. Bias to rd

Speeders vs. roadRunnerz (2-0): Good run rz, but it ends here

There does seem to be plenty of byes to sneak a team in at the last minute...
Armagetron MERCH
adventuresoftron.com
Top

Round ¹½: Holidays vs. Internet: I predict I won't have internets on holidays and won't show up. Might go either way though, close matchup.

Apart from that I predict a R vs SP final with if mYm showing up maybe having a chance vs. R.
Top

We won't be competing this ladle. Our plans were to play with pl but zat won't allow it.
Cataclyzm
Top

Come on Rits not the time or place. -.- and talk to slick. But seriously let's not be a troll your better than that. 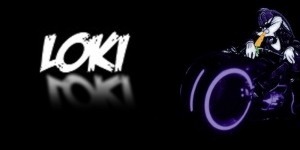 SpeedhAx has become a quite established secondary team. But unfortunately CT has to win this ^_^ [2:1]

Even tho Rits said that Ww is not going to play? I do not know if thats correct. But I am certain that they will win against Elite Reborn when they show up. [0:2]

O... the Unknowns have added a rather known player to their lineup with dreadlord. They will take this easily. [0:2]

This is going to a hard fight for both sides and being biased REALLY much is making me think that CT will win. Woned is there for a reason

Either way... the winner of this match is most certainly going to the finals. [1:2]

Congratz on second round ashi

But rZ is going to roll over you

This will be an exciting match to watch. Rogue without a defense by the looks of it and Team Unknown with the addition of dreadlord. [1:2]

Now Rogue has some time to get a feeling for their finals server against a rather not as hard opponent as Team Unknown. [0:2]

I really do believe that we could take it, but now the time has come to think a little bit more realistic. Rogue lacks their stable defense. Thats their biggest weakness. But CT lacks some amazing players too. This is going to be one of the longer finals, because noone really wants to make a mistake. In the end Rogue's patience will be rewarded with the win of Ladle 60. [1:2]

May my predicitions be wrong... as always

Cronix; he has been disallowed from competing on pLx's behalf, and requested to play as a substitute for Wild West since. WW will be participating.

Redemption(0) - Team Unknown(2): RD's line up has a clearly detectible line between experienced players and the newer forter's. We'll see how this battery manages to communicate, but I guess this lies on the backs of Elmo & Kult(?) Unk wins here.

OOps(0) - RoadRunnerZ(2): RoadRunnerZ is improving. OOps might steal a match or so, but I doubt it.

Pure Luck(1) - Wild West(2): Fipp & Rits is in the line up, they will probably be a pretty reliable source of points. The 5 man squad of PL being carried by vov gets a match though.

Wild West(0) - Rogue Tronners(2): I just realized how easy R's road to the finals is.

Speeders(1) - Rogue Tronners(2) Could go either way, it time for a change though.

Zenith, I guess we're so pro we lose octa finals and get into quarters?
Redemption Clan Forums
Top

When I said 'we' I was referring to mYm.
Cataclyzm
Top
Post Reply
40 posts