Fort players looking for a home

For things that have to do with those crazy test servers... and yeah. By request of z-man, and, of course, you gotta obey...

I think this is not quite true. There is a bug in one version of the client that restricts it to 16 players. I can't recall what version it is, however, the latest 0.2.8 client can connect to 32 player servers. The 0.2.8 server supports them, too (if you compile with MAX_PLAYERS 16+). I'd like to see a 32 (or even greater) player server filled up.
gridstats.com • generalconsumption.org
Top

Latency and ping are the same. You already have this. Lag spikes have a few potential causes:
1) bad router between server and you
2) slow change of route
3) server migration (if the game uses a lot of CPU, it might be moved to a less-busy server to run better)
4) game engine bugs

Rain wrote:Luke: I see 32$ for 32 slots. If we play with 16 players should be good. Is it possible to setup this kind of server for a test? So we can decide. We could use it for the ladle. Do you agree, luke, to host it just for few hours to let us see how it works?

The difference between slots is primarily a configuration option controlling bandwidth use. 2020's server should work fine as an example in Europe. For an example in the US, I will probably need to setup a second US host server, so I cannot offer even a trial unfortunately at this time for US.

Perhaps, for a straight conversion. However, the value of the euro and USD fluxuates and I cannot be updating the site every day to reflect new values. Also, PayPal charges a currency conversion fee. Thus, the Euro cost may not be the exact conversion from USD. If donations will be made in different currencies, I will probably need to work out some payment calculation based on the end-result of currency conversion costs and such.

Rain wrote:A slot is supposed to be the medium bandwith required for one player. In this way 16 slots = 16 players, 32 slots = 32 players.
The idea is to give double bandwith to each player, hoping this will help with lags.

In theory, your idea might be implementable, but currently it only affects the max players allowed. After work, I'll look into calculating bandwidth based on players connects vs max. Good idea.

I am capable of hosting 0.2.8 with 32-slots. It does affect allocated bandwidth, but just not bandwidth usage at this time.
Top

It is not enough. We need lower pings! LOWER!

Rain wrote:It is not enough. We need lower pings! LOWER!

Can't please everyone-- a German internet connection will have a lower ping for Germans than for Bulgarians, and vice-versa. There's no way to have absolute lowest ping for both players.

Right now, 16 players is the same regardless of whether there is 16 slots (0 unused) or 32 slots (16 unused). Like I said, when I get home from work I can look into possibly calculating stuff based on the usage:slot ratio.
Top

luke? did you check it?
Top

Rain wrote:luke? did you check it?

So I went looking around for server hosting the other night (after an irc conversation about luke's hosting service), and found what I considered the minimum offering for a game server to be priced around $150/month. That's for US hosting, obviously. The reason I found it priced there instead of the lower rate Luke pays is because I was looking for 64-bit dedicated hosting.

The 64-bit is important. I think that and the internet connection are what made z-man's old bugfarm server such a great server, everything else being somewhat derived from that.

So then I read tank's post in another thread about wiki hosting and clicked.

So, Tank, when you get a chance, would you be able to get paypal donations in a csv file, where the first column is date and the second is amount? I was intending to do this with the wiki advertising experiment, and there's a nice little program for making functions from data like this so we can try to make predictions off it. Of course, such predictions aren't terribly accurate for long-term predictions, but if we can show $150/month somehow, we can solve these two problems at the same time with one server.

So y'all don't go clicking the donate button just because you like this idea.

Spikes in the data just confuse (hence the reason I was telling people not to click on ads on the wiki just to try to send some money my way, we need good data! So click the ads if you're interested in the ad, of course, and don't click if you're not interested). But if we can show $150/month, and there are folks here who have offered to pay for something like this........

Minor correction, Bugfarm was indeed running on an AMD 64, but at least the last couple of months in 32 bit mode. Most of the time it ran, actually. The key point, I think, was that the machine was reasonably powerful (>= 2 GHz) and ran not much else, only the regular desktop stuff. I see an offer for a machine like that here:
http://www.hetzner.de/rootserver.html
The second column, DS 3000, unlimited bandwidth on an AMD 64 for 40 Euros per month. Hey, they also offer 64 bit operating systems.

I'm curious, has Luke disclosed what hardware and connection his services are running on?
Top

Actually I'm thinking about getting such a server privately. It's a great offer IMHO, and Hetzner's servers are on a great connection.
Note that CTWF is running on a server by the same company, but they don't offer that server anymore, it's a DS2000, one below the lowest on there.With the DS4000 one should be able to host a few really decent servers.

I'll pm you an ods Lucifer.

z-man wrote:I'm curious, has Luke disclosed what hardware and connection his services are running on?

Not in one place, AFAIK.

The US hosting was on a dual opteron running in 32-bit mode on a 1 Mbit connection (Cogent, IIRC) rented from FDCServers.

The Europe host is a 2.8 GHz P4 with 500 GB of bandwidth per month rented from hosteurope.de.
Top

So, why not use 2020's server as the "main" fortress server, a replacement for Bugfarm (without the bug cries).
I played there when it was full, the lag was acceptable - certainly far better than servers hosted by the Steam Machine where I slide all over the place with 10+ people playing (no offence).
How do other folk find it?

I think he needs to rename it - "2020's Fortress Server" would be fine, it's current name and description is a bit confusing to say the least.

I miss Bugfarm too. 2020 seems willing to have his server used as the main fortress arena.
As long as the community uses it as such, why can't it take over the role of Bugfarm? (aside, of course, from the bug cries being ignored)
Some Armagetron Advanced Map Tools.
Top 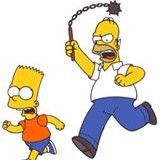 btw 2020 could you turn the tail shrink thing on at your server?