That's positively bizarre, can you post a screenshot again or write down the text of the tooltip you see so I can see whether that at least changed as it should and it's just more formatting trouble?
Top 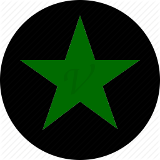 It looks exactly as it did in the original screenshots I posted.
Top

The strings in question, especially the bit starting with "it is normally...", is not in this dmg:
http://launchpad.net/armagetronad/0.2.8 ... versal.dmg
(Checked in Linux this time, again with a fresh download, verified that the same method applied to older dmgs finds something.)
You must have created some sort of Frankensten dmg/app package to get the reported result. I know next to nothing about how those things really work. Can you upload what you have so I can take a good look at it?
Top

Bah, nevermind, I figured it out. At some point I had stuck my own english_base.cfg in ~/Application Support/Armagetron Advanced/language.

Heh. I didn't think of that, I have to admit, and we do that on all platforms. One more reason to push full rebranding on Mac and Windows forward for those test versions, that would have made the beta read from a different user data directory.
Top

In the new build I expirienced 2 things.
First of all, I am using windows 7 32bit.
1: When I switch from fullscreen mode to my desktop via alt+tab the mouse is stuck at the top left corner and I cant move it from there. Also when I switch back to arma I get huge lag-o-meters and weird slides for 1-2 rounds. I can do a recording of it if needed.

2: In prvious versions it was possible to insert instant chats in the chat line by pressing ctrl+<insta chat key> (e.g. I press my chat key, then I can insert "/me is a noob" by pressing ctrl+0). This is not working anymore, could you bring it back?

On a side note: thank you very much for taking your time to improve this game!
Top

What is the 'previous version' you're referring to? This is just a bugfix relative to 0.2.8.3.1. If you use one of the snapshot builds, that has a different version of SDL bundled with it by now, which would explain the alt-tab trouble.

The instachat thing definitely is unspecified behavior; it's working the way you want for me in Linux for this beta build and the snapshots, possibly also because I'm on a later version of SDL than is used for the Windows builds.

And no, sadly, upgrading SDL is not an option for this build at this time, the risk of unforeseen consequences is too big. We know of at least one problem an upgrade would introduce.
Top

Yeah, sorry for the confusion. It should subside a bit once 0.4 is underway and even more once we can finally completely abandon 0.2.8. I should probably make it a habit to write exactly what a build is and what it isn't in the posts.
Top

New build is up: 0.2.8.3.2_rc1. Attention: since we moved to the rc stage, builds are no longer rebranded. They'll occupy the regular installation slot and (only a new thing on Linux) use your regular configuration. Changes since last build:

The bulk of it are further fixes that make gcc 4.6 shut up; two actual bugs were found that way, yay, one newly so (in the camera code) and one that had already been fixed elsewhere (wrong wall build times being used for enemy influence code, leading to scoring errors). r9712 is important: on gcc 4.6, authentication threads would go into infinite loops without it, making logins a) not work and b) waste tons of CPU time until the server restarts. r9740 may be a fix for a random authentication related crash.

With that many gcc 4.6 fixes, it would be extra nice if those of you actually on systems using that compiler by default (arch, gentoo?, ubuntu oneiric, debian testing?) could give it an extra long look. Maybe there are more hidden issues like r9712 we just haven't noticed yet.

You're bundling the Armagetron Recorder with these. Are there any changes to that, any reason I should use the one bundled rather than the one I already have that came with 0.2.8.3.1? It's not mentioned in the changes list, but figured I'd ask.
Top

No, not for you. But the bundled one is the one dlh built and published recently, which is the only one supporting Lion. And I think that's the only change to it.
(And hasn't it been bundled with releases for a while already?)

Edit: also, the ppa builds are done. Apart from Karmic and Jaunty which I just commissioned, but since those are unsupported releases, nobody really should be affected.
Top

Phytotron wrote:You're bundling the Armagetron Recorder with these. Are there any changes to that […]?

Oh, and the app is a universal binary now (PPC and i386 architectures).

The source code for macosx-recorder now lives at launchpad.


Z-Man wrote:(And hasn't it been bundled with releases for a while already?)

Yeah, the rule that packages the game includes the Recorder app if it is around (by default at some location or the location set by an environment variable).
gridstats.com • generalconsumption.org
Top

Seems this version breaks moviepacks, specifically, very large floor textures. I tried one with a floor texture that was 54kbs and it worked, but one that was 238kbs did not (sizes larger than 238 also did not load, expectedly).

I got this build from the PPA just after is was released. Can anyone else confirm these newer versions breaking moviepack textures? Thanks.
Armagetron MERCH
adventuresoftron.com
Top

Works for me on 32 bit Kubuntu Lucid+NVidia card; I just tested your CT moviepack with the 1.2M floor texture and 0.2.8.3.2 and 0.2.8.3_beta20110815. It'd surprise me if the breakage was related to any code change, I'm pretty sure we didn't touch texture loading or display even just a bit. What's your system?
Top
Post Reply
37 posts