So KSI is a pretty new fort team and recently we have been running out of ideas on how to improve more in fort. Many members are becoming frustrated with their lack of progression of skill and believe that our practices aren't productive enough. Do any fort players have any suggestions on how to improve practice/ skill level? ( like different drills we could or something)
Top

other than that, just play more to improve your instincts and endurance. experienced players are just better at anticipating what their opponents do next.
Top 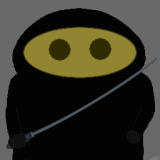 I find that a lot of tron in general but especially fort comes down to knowing what's going on. If you know that one enemy is closed in if you just grind this wall now, or that you will be at this spot faster than the other player, you can do it and someimes net a kill. Overview about the general situation, as well as glancing (especially backwards) to not get owned by that guy behind you.
For team:
If you haven't done it yet, I'd recommend practicing with 2 attackers and 3 defenders on one side of the grid, and putting an emphasis on trying to kill the sweepers/attackers. See where they crowd, outspeed them and control spaces, double team one of them while evading the other or the defender. Goes for both sides there. Don't switch sides every round at first, getting used to the situation is part of it. Maybe switch every one or two matches if you really want.
For solo:
If you haven't got enough players online or want to train solo, I'd say that playing a bit of sumo and going for kills there also works well. You'll get a feel for when someone is doing something stupid or doesn't see you. Try to surprise people by doing unexpected moves (changing direction, going through tunnels, holes and digs, etc).
Top

Alright thanks for the suggestions

Hey, I realise this was a while back and you may have already got a copy of it, but here's a guide made by concord.