look folks, we're doing way too much talking about things other than actually playing this game

so let's talk about playing the game

This thread is about getting better at playing the game. Ask a question or answer one.

I think the sweeper who closes it should stab it multiple times. Not a hard short dig, but multiple stabs. An easy way to achieve multiple stabs is that the other sweepers make a little dent after tripling back. I don't actually lock it if I have time. I turn back when I've blocked my side sufficiently and go through the grind so i can scare away/seal if someone enters on the opposite. Then I can either go back fast or block the other side as well if my partner gets dumped. That always seemed a feasible method to me. If that doesn't seem to cancel each other out: I generally try to use my rubber and brakes only as a last resort or a long time in advance so they're there when I need them again.
Top

depends on the enemy center and wings
their timing and attack routes.

if their center poses a genuine late threat, time the seal with the wall decay. Might want to seal by mirroring 240's.

early threat can be managed by the defender.
Olive a.k.a ZeMu, MoonFlower & chicken.
Top

here are interpretations of what people have said so far:

correct me if i've drawn it wrong 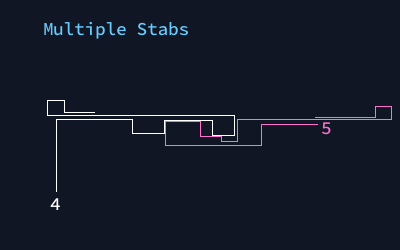 Word's crossover, a passive block with cycle trail instead of rubber 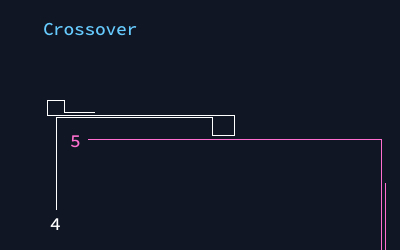 olive, i have no idea what you mean by 240s, but this was my best guess. 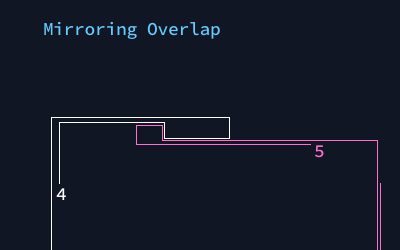 There's always the question of which sweeper plays which role, as well. Generally, I believe it makes sense for position 5 to be the sealer, as the clockwise rotation of defense means that failing blocking his wing is less disastrous.

I guess there is a more fundamental question. The choice between:
Regardless, how I understand it is that sweepers are making some trade off between the following resources: rubber, tempo (time spent driving places), space (they can gain tempo by blocking closer to defense, but they lose space), and security (both for their own lives, and for the defense)

In the three blocks posted so far, we can grade them in how they use these resources.

16's multiple stabs is the most tempo efficient, especially for position 4 paying for it with high rubber usage from position 5. It is fairly secure for defense.

Word's passive crossover is the most rubber efficient, but the least tempo efficient. It's relatively space efficient, but it's unclear if control over position 5's flank can be maintained. Even if timed well, it's still relatively less secure than 16's because of that flank.

Olive's mirror 240's (?) is relatively rubber and tempo efficient but if the sweepers cheat it can often be pretty lose. The 5-flank is still a concern, although to a lesser extent than Word's.

I think 16's is by far the most common, but that's not necessarily evidence of it being the best, as the others require more coordination that might not always exist.

This isn't an exhaustive list of ways sweepers can block, so if you have others (or other questions) post em.
Top

exactly what i meant, sorry for the crude phrasing.

flanking does still pose a threat, but by making less turns you won't lose too much speed.

Other question: how should you avoiding killing each other when confusion arises when both arrive at the same time?

A simple rule in (public) fort is the one arriving latest seals. But I know there are lots of cases when arriving both at the same time ends in one of the sweepers deaths or a non-closed center. You could simply state when confusion arises, a fixed person seals, but what about public fort where sweepers constantly change.

Rephrase: What methods are there to avoid killing each other without having to state rules at start?

forgive my double posts and paraphrasing of what conc already stated, was too lame, tired and whatnot this morning to read the post in full.

i think the analysis is spot-on. Problem with generic strategies is that they are, well, generic. If the enemy wingers pose a genuine threat, pay more care for the rim than your center - vice versa. Since players tend to adopt a more conservative playstyle during the opening rounds of a match - for which i assume a relatively light grind by wingers, the center is always aiming to go down the tube - i'd opt for closing the center instead of the rim. From there, it depends on how the match unfolds.

16, i guess it's all about coordination. When confusion arises, someone needs to take decisive action to resolve the issue. If you arrive at the same time, one person may decide to turn early so the other is forced to seal. Might not be the most efficient way, but at least you won't end up killing each other. As for competitive fort matches, you already state the most viable solution.
Olive a.k.a ZeMu, MoonFlower & chicken.
Top

A perfect sweep semi-circle instead of a sweepbox? Basically close the top and vice-versa at the bottom using the same closing tactic on each side. I never really see anyone do it, but I think it could be very effective
Top

I do one more stab in the "multiple stab", but as olive pointed out, the real challenge is to take speed and be back early to cut the center guy, then do the sweep seal.

When there is mr at attack, or a profile alike, it is interesting to fake an open/lightly grinded seal

Pay attention to another detail in blondie's pictures: the "reverse triple" move when turning back after blocking the sides. Unless your wing got horribly outsped then there shouldn't be much threat from the sides soon with that, leaving you with time for a good block.
I tend to do the "overlapping stabs" one (also the setup in case I don't block is the exact same as shown) with a bit more focus on the approach; making it like a smooth surface to the outside. Glancing often, and if there is someone coming from the side and no one from the center I may block it with only one stab and turn around immediately to greet the intruder. 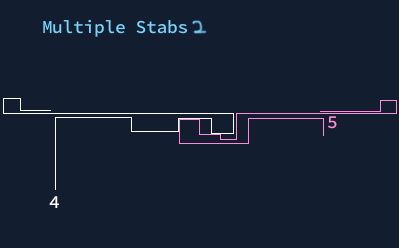 About two players arriving at the same time: "I'm gonna seal center" before the round is the safe method in coordinated play. When I see it's gonna happen anyways and I'm the one to block, I just wiggle around a bit so the other player turns around so that I can block.

P.S: Is this mostly about team games (asking because of forum choice) or really anything?
Top

well I'm obviously biased to fort/sumo (as are the many forum posters here), but we can get more general as well. I originally put this in Strategy forum for a reason, but a moderator moved it to Team Strategy. Even the fort specific concepts are applicable to any gamemode if you abstract it.

vov picks up on a really good thing that I think a lot of people overlook. This is using reverse triples in a meaningful way. The sweeper context is a common one.

Compare a reverse triple to a normal one 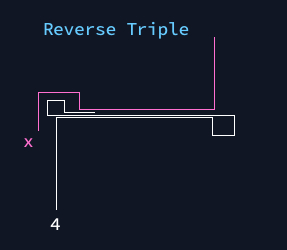 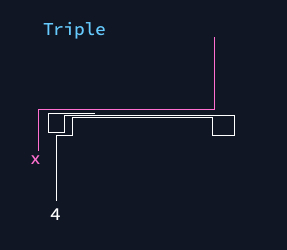 The kink of the triple can work for us or against us. It's significant because when we reverse triple it slows the attacker and speeds us up. When we normal triple it speeds them up and slows us down.

The second picture assumes we want to go as wide as the first. If we don't want to kink ourselves, then we would have to split wider to begin with, which is even more of a tempo loss.

Now, reverses are not always better, it's always contextual. There are real reasons why a normal triple might be better depending your setup. Sometimes slower is actually better. It means you can take longer getting somewhere without driving further.


Lightning describes something which used to exist somewhat prominently in the meta, specifically Speeders when they went on their three-peat. FoFo and Flex, the sweepers for SP, would try to keep things closed as long as possible [aarec].

This was pre-sweepbox technology, but it had the same philosophy as sweepbox. Obviously the sweepbox is much better at accomplishing what they were trying to accomplish, and basically replaced the closed semicircle. Doubledef is different, but likely better overall still. The extreme endurance of doubledef wasn't really demonstrated until last winter. (There are certainly older examples of doubledef, but never so consistently and so vigorously as it was done last year) Wap did it against ks [aarec], and then I did it for several ladles [aarec].

blondie wrote:I originally put this in Strategy forum for a reason, but a moderator moved it to Team Strategy.

That was me. It was posted under General though, and based on the current discussion at the time Team Strategy seemed more appropriate than just plain Strategy.

yeah, perfectly understandable. Just want to reiterate that any questions are fine, not just team-tactical sorts of things.


another question: context changes, but most players have a habitually default radius for their triple-bind. When I started triple-binding about a year ago, I practiced a lot to develop consistently open triple binds. I rarely use any rubber on the last turn. I don't know of many multi-binders who use soft triples as consistently as I do, but many people use them often. Most players habitual triple is tighter than me and uses between .1 and .4 rubber. Am I missing out on something?
Top

blondie wrote:Most players habitual triple is tighter than me and uses between .1 and .4 rubber. Am I missing out on something?

Probably just some distance (distance over time = speed); so choosing to turn sooner cuts out on some distance used to make a triple, sending them on their way sooner than if they made a loose triple. This would be most beneficial in a fight where you need the "upper hand" (getting in front of them). More often than not, the "tightness" of a triple doesn't matter in that context (like when you're mazing off on your own - no need to get ahead). Any other reasons might be for rubber management (like an upcoming tunnel where you deem that you need 4.5 rubber to get through, you don't want to leave yourself with 0.1).
You're right when you say "context changes". It depends. I think it's a good thing you got into that habit since you have the option more available to you. Someone who hasn't been practicing looser triples will have a hard time executing the moves they want.