Polyphonic songs:
Zelda (A Link to the Past) preview (some notes are wrong because I randomly chose the tracks and chose the the wrong ones)
King of the Hill (TV show) preview (tempo isn't right or something)
Empire music (Star Wars) preview (skip to 1/3rd or 14 seconds)
Family Guy (TV show) preview (might wanna turn your volume a little bit higher for this one - my cycle was the bass track so turn it up to hear the treble tracks!)


More updates on the way.
Hopefully I can get this working better and have a webpage where people can make songs from their own MIDI files and it can be automatically added to the server in real time.


If anyone wants to see Melodious Tron in action,
before I make everything automatic and self-serving,
find me in game and I'll show you all the songs I have on there so far.


I'm glad that those of you who already have seen it in game have enjoyed it; I appreciate the support.
Hope you guys will like what's coming next

Melodious Tron has been fixed / updated!

There were a couple designs I fiddled with, but I've finally decided on the one currently being used (4 tracks / cycles = polyphonic songs).

I had a few other designs, including one that could have varying volumes, for 10 tracks! Even possibility for "percussion" (just abuse of the cycle speed and sound).
I may still attempt that other design in the future, but for now the one decided on is the most compatible / stable; plus it still supports monophonic songs too (the original melodious).

Melodious Tron is now self-serving!
Meaning you can join the server and play the songs you want, and I don't have to be there.

Notes:
- it is probably better to try it on your own / at night when the host isn't using their internet connection
- other users may join and watch, but it's better for lag if you're alone / if they are all spectators
- when a song is chosen, no other song may be chosen until the song is finished playing and you see the "Ready!" message in green.
- given the above point, there is currently no queue, and no priority for anyone; the /play command is a first-use first-serve basis. (be kind and take turns)
- when loading a song, each song will take about 20 seconds to prepare (delay may reduce later on; it's a safety measure to ensure the best playing possible)

Personally I suggest the "familyguy" theme song - it seems to be the one that plays the best (most accurately).
But feel free to let us know which was your favorite!

Adding more songs:
There's not too many songs on there now (close to 10 I think) and they aren't the best selection either (most are tests from the design phase).
I'm currently looking into adding more songs, and am open to suggestions.

If all you do is give me a name, I can find the MIDI and add the song myself, however, I can't guarantee that I will find a MIDI of your song request, and the whole process will take longer anyway.
Find me a good MIDI file yourself, and the process can go much faster, and I can add it into Melodious sooner.

The song cannot be too long (or else tron will have trouble playing it), and as you can see with some of the faster songs (fzerobb or powerrangers) having notes that are too fast might be skipped randomly (lag?).

I have yet to add in the original monophonic songs, and already have a list of new polyphonic MIDIs to add ("Pirates of the Caribbean" among them).

Hope you guys enjoy it; I'll be adding what I can to it soon (so there's more than just 10 or so songs, there can be hundreds).
Feel free to post MIDIs, links, and song requests here; I'll add it to the list when I can.
Suggestions for improvement are also accepted; though you should note that I'm already working with a very finicky tron and some things just aren't possible (I might not even be able to get that 10 track design to work) so don't expect miracles (especially on the hosting it is on).


Lucifer wrote:But it's National Novel Writing Month, so don't be surprised if I end up back in hiding...

My bad everyone...
There was a bug and it might not have been working properly for those who have tried it (since the time of my previous post, til now).
The bug made it so that not all of the tracks played (in particular, the player's track wasn't being played).

If such a thing ever happens, you can do "/check" to see who is which track. What ended up happening was that tracks were getting deleted, so it considered a player that joined to be more than the 4th track, so it wouldn't play anything since the songs are only 4 tracks max.
If there are ever more or less than 4 tracks when you "/check" (or /c), there is a bug, and I ask that you leave a "/report <message>" for me to take a look at it (or you can email me, or PM me).

The bug is now fixed and it should work properly for everyone.
(just join, "/list" and pick a song; play it with "/play <title>" - this info is available in game with "/help howto")
I hope to get more songs on there soon..


BTW I should also mention that you don't need to find me an existing MIDI file, you can use the sequencer I linked in the previous post to create your own songs (your own compositions). You are not limited to finding me an already existing song that you like, and you're not limited to video game music (like most of the current songs are). If you want something custom (or something you had to make because it wasn't found anywhere), that is very possible too.


I'm thinking about adding in a rating system, to rate songs...we'll see. Doesn't seem like it'd be worth it.


Anyway...
Bug fixed!
Hopefully more songs will be on there by this time tomorrow.. We'll see

I had tried it. The songs I tried were very glitchy (not to say it wasn't very neat - it certainly was). I'm not sure if it was the same bug you speak of or if my experience is normal

The bug basically made it so that not all the tracks played (noticeable if you have axes_indicator or lag_o_meter); some cycles wouldn't get the speed change commands.
When I noticed it, only 3/4 tracks played.

Though you're right, the playing itself is a little glitchy (like it struggles to play); it seems I'm certainly pushing some limits here.
To be perfectly honest, I have no clue if it's because of lag, high pings, client issues, or just the server having a hard time with all those delay commands being done at once (the longer songs are upwards around 2000 delayed commands).
Which is the main reason why I suggested listening to the Family Guy theme song - it's a short song so it plays nice, plus it's a great example of polyphonic sound.
And it probably doesn't help that the host (hosted from home, not a vps) is hosting like 12 servers all at once (not that that isn't great, the hosting space is appreciated - shout out to Nelg for doing his part in making things happen).
Though, should this be a highly desirable idea (people want more of it), then we can see about getting it hosted on something a little better (in the hopes that songs will play better).

The only thing I can suggest is to try around the time of this post - you might be able to get the best connection around this time.

I've seen it struggle to play some songs, and have people tell me that it played perfectly for them...so from that it seems that it's a client / connection issue.
Still though, I'm not entirely sure...could be many things at this point.
Your experience is normal; I only wish that norm could be improved.

I have yet to add in the old monophonic tracks (there's a couple ways I can do them, I might experiment to see which plays best); hopefully those will be able to play smoother...we'll see.

Turns out the main issue is (unstable) high ping. So like I said, probably best to go on the server 3am EST.
Not much else we can do (other than host it somewhere else).

Monophonic songs have been added (old ones); as well as monophonic versions for most new songs!
They do play a little better, but they will spam your screen.

Many much songs have been added! There's a total of 38 now!
From Star Wars Cantina music to Zelda: Lost Woods, Skyrim, Death Note, Delfino Plaza, Pokemon, Cliffs of Dover (this is like a 5 minute song) and more!


Also, a big "thank you" to Nelg for providing this for everyone, a sample recording of a song playing! (with his fantastic low ping, it plays perfectly).
AA recording of Yoshi's Island (right click, "save as" to download) (you can prob skip about 45 seconds in if you want to get right into it)
A reminder on how to use AA recordings
Personally, I prefer to switch cameras to the external one (internal and external only - press C to change).
Same deal with the server, make sure you have sound! The internal camera is louder, but you don't see anything; external (with axes indicator on) you get to see the cycles and their speeds.

Perhaps this is a better method after all...perhaps I (rather Nelg) can just provide recordings and I can have them available on my website somewhere instead of using up a server slot (can create something new!)....we'll see. I'd probably sooner replace that map editing server anyway, doesn't seem to get used... Any cartographers out there these days?


Anyway, enjoy!
I'm trying to get some of the requests I've had, but some songs just don't work well and/or there would be too much lost if I reduced it to just 4 tracks.
But you can also make your own songs with any midi sequencer (like onlinesequencer.net), you can use any 4 instruments and have at it!
Otherwise, if you have an existing song you'd like to see added, feel free to post about it here.

Durf wrote:Though, should this be a highly desirable idea (people want more of it), then we can see about getting it hosted on something a little better (in the hopes that songs will play better).

I've put this server back up, however it's on a much better connection than it was back in 2015 so it should (most of the time) play like it should've done back then. I've also worked on a way to convert (from midi) new songs to add, since Durf didn't give me (or anyone else, AFAIK) whatever tool he made / used.

Improvements:
• A countdown timer on the screen indicating how long until the current song playing ends.
• The AI bots are now the only ones who can play music, meaning that a player leaving or entering wont interrupt your session.
• A music queue, so if someone types /play while another song it will play after all the songs before it (including the current one playing) have played.

Let me know if you have any song suggestions, I might be able to add them! Although, as Durf mentioned, there's only 4 tracks, and some songs may not work well with it. 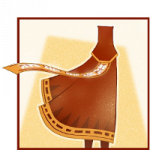 Kirby - Green Greens would be nice