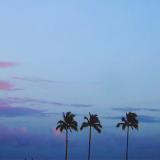 Lol did I summon you to these forums by reviving this thread?

It's sad that no one seems to have profited of this while the information was right in front of our eyes. Always easy to say in retrospect though.

But I mainly bumped this because it's funny to see this was talked about in 2011 while the big fuss about bitcoins was not long ago.
Top

I have been working with some coders in south america who are producing Bitcoin exchanges and other stuff. You're right, people aren't so good at spotting opportunities when they arise, only retrospectively.

Funnily enough, my work has in fact fulfilled my hunch from 2011, and I'm on the verge of finishing an app with a back end financial engine that operates a relative value algorithm. We'll see if it turns out to be useful...
hold the line
Top

I just re-read the subject, and I have to admit you warned everyone about this money but you was wrong about the inflation and Hoax was right.

And BitCoins proved to be good thing for their users only thanks to the inflation.

Yeah but when you have a few thousand sitting, gaining value and no way to sell a large amount of them it kinda sucks. **** MtGox real hard.

In all honesty I haven't been as active around BTC as I could have been, I had a neat little business idea. Then, of course, bigger things happened. I still want to try out some datacentre mining though, I have pretty much unfettered access to a few racks that aren't in use. A neat cumulative total of ~700Ghz...
Top

bump
any of you geeks got rich with btc?
Top

OMG Hey Luffy, how are you?

To halfway answer your question, I once stalked Luke-Jr on google and found he caused some controversy over there a few years back that looks familiar to his discussions here...but he's semi-famous now

Luke is very deep into Bitcoin! just checked his twitter..to think I've come across with a bitcoin core developer

Internet is full of surprises! Word, I get your point but for most people Bitcoin is just a way to make easy money and have a wealthy life

) It's insane to think that if tronners followed his call in 2011, they would all be multi-millionaire right now! I have so many questions to ask him but I guess he doesn't check this site anymore

It's insane to think that if tronners followed his call in 2011, they would all be multi-millionaire right now!

Well, I wouldn't have had the money and the technological skillset, but I also had no interest in getting an even worse ping on arma the whole time

maybe you still find luke on irc? or just twitter? he used to be there 24/7.
Top

Take the term "drama" over on BitcoinTalk with a pinch of salt. There's always a rumour or ten flying around, and although they sometimes lead to positive results (take Dread Pirate Rogers for example), more often than not they end up resulting in little more than a witch-hunt.

With regards to Word's comment on the facilitation of BTC to buy illegal items, I have to stress that this isn't always a bad thing. Take Iran, for example - the sanctions imposed by the US and followed through with the EU caused some serious problems for the general population, to the extent that some Iranian hospitals have been using bitcoin to buy the necessary medicinal substances they require on a continual basis. This extends to drugs such as Insulin. In fact, BTC has had a major positive effect in places such as these, despite the obvious abuses carried out by a proportion of it's traders. One might say BTC has oft become a tool to prevent Human Rights atrocities.

However, it's decentralised nature also makes it vulnerable to abuse. As with any currency, it relies on trust where transactions are performed, and although reactive actions can be taken where a trade is abused (whether by non-delivery or trust failure), the ability for BTC to be transacted very quietly and even rinsed means that the same repeat offenders can often carry on for many years without being caught or stopped.

All that said, I cry a little every night because I lost a small number of coins that would have allowed me, even at the first big leap in value, to live sustainably whilst building the company that is only now coming to fruition.
Top

Luke is very deep into Bitcoin! just checked his twitter..to think I've come across with a bitcoin core developer

Internet is full of surprises! Word, I get your point but for most people Bitcoin is just a way to make easy money and have a wealthy life

) It's insane to think that if tronners followed his call in 2011, they would all be multi-millionaire right now! I have so many questions to ask him but I guess he doesn't check this site anymore

I'll swap you a bitcoin for my ladle trophies, then you'll surely have the most ladle wins
Top

Well, I put $20 into an ICO, Electroneum (ETN). After 3 months I cashed out and was able to pay for my divorce.
Armagetron: It's a video game that people should just play and enjoy